The revamped Tampa Bay Buccaneers look to be the third team in NFL history to host and play in a Super Bowl during the same season. It has been so rare for the host team to play in the Super Bowl, it has been dubbed the Super Bowl Curse. However, the 2020 Buccaneers added a 6-time Super Bowl champion to help guide them to the Lombardi Trophy. Tom Brady enters his 21st season in the league as the starting quarterback for the Bucs. After spending the previous 20 seasons in New England, Brady has plans to get his new teammates to Super Bowl 55. 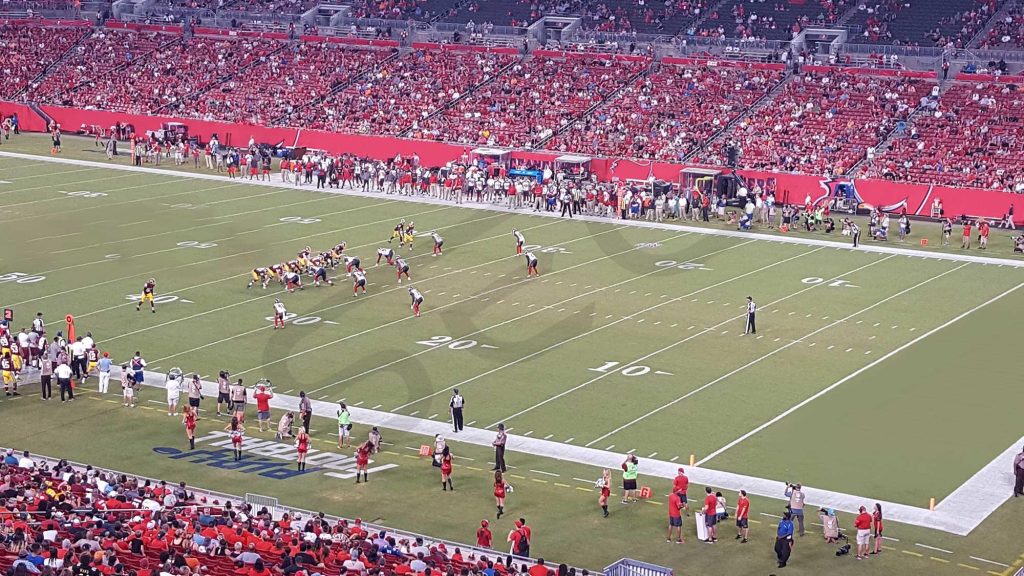 View from a Lower Level Suite at Raymond James Stadium

The addition of Brady, Rob Gronkowski and LeSean McCoy has Tampa Bay buzzing in excitement. All three players bolster an offense already filled with stars such as Mike Evans, Chris Godwin, O.J. Howard, and Cameron Brate. Brady will have more weapons to throw to then he has had in his recent years with New England.

The Buccaneers will have a reduced seating capacity at Raymond James Stadium this season due to the COVID-19 pandemic. Raymond James Stadium is set to receive $10.4 million in safety upgrades to hopefully allow fans to attend Super Bowl LV. The NFL hopes Florida will trend in the right direction in slowing the spread of COVID-19 making Tampa a safer place to host the biggest sporting event in North America.

Super Bowl luxury suites are expected to be in higher demand than ever before. A Raymond James Stadium suite could provide a safer environment for a group at Super Bowl LV. Guests with a suite ticket will have less interaction with other fans, reducing the risk of contracting COVID-19. Super Bowl 55 suites will have private seating within your suite, private restrooms in the suite and/or on the exclusive suite level. All food and drinks will be setup within your suite in advance to your arrival. Most luxury suites at Raymond James Stadium will accommodate groups of 8-40 guests.

Super Bowl LV will take place in February at Raymond James Stadium in Tampa Bay, FL.  If the 2020 season ends with the Buccaneers holding the Lombardi Trophy, it will be the first time, and second in franchise history, they have done so. The Bucs only Super Bowl win came in 2003 in Super Bowl XXXVII. Pricing for Super Bowl LV Suites is available now.