Sell Your Red Wings Suite With Us
UPDATING...

How much do Detroit Red Wings suites cost?

Detroit Red Wings suites at Little Caesars Arena cost between $3,500-$6,000 per game. Pricing depends on team performance, opponent and day of the week. Midweek games versus marquee opponents are priced at a premium. Suite prices change throughout the season depending on demand and availability.
Learn More About Suite Pricing

How many guests can fit in a Red Wings suite?

Little Caesars Arena Signature Level suites are located right off the main concourse with excellent vantage points to the action. The Signature Level Suites are located on each sideline below the Premier Level. With your LCA luxury box, you'll receive 18 tickets and 3 VIP parking passes for the LCA Garage. Suites can max out at 28 guests. Little Caesars suites have high-end furnishings, HDTVs, and comfortable seating options for your guests.

To book a Signature Level Suite

To book a Premier Level Suite

A Loge Box at Little Caesars Arena are perfect for groups no larger than six guests. You have you're own private space with 6 chairs. Loge Boxes can be catered in advanced at an additional cost. All 6 chairs will be lined up in one row with a countertop in front of you. Loge Boxes are much smaller than suites but perfect for small groups looking to have the flexibility to walk around in a private space. Loge Box tickets holders to get access to the Little Caesars Arena Suite Lounge.

To book a Loge Box

Detroit Red Wings Suites and Loge Boxes can be fully catered in advance at an additional cost. On average, most people spend about $80-$100 per person on catering but costs will depend mostly on size of your group, amount of alcohol being consumed, and the type of food you order.

Most Red Wings suite rentals will cost between $3,500-$7,000 while Red Wings Loge Boxes cost around $1,500-$3,000. In-suite catering will be an additional cost, a transaction that won't occur until game day. That typically can be about $80-$100 per person for a full spread and alcohol.

The Detroit Red Wings and Little Caesars Arena offer many exclusive spaces to mingle. There are 6 different clubs in LCA, each with a different vibe and offering.

There is no strict dress code when in Detroit Red Wings Suites and Loge Boxes. For corporate events, attire may skew more toward business formal, however, most LCA suites will feature fans wearing Red Wings gear. All Red Wings suites are climate controlled and suites have a coat closet for storage

Soft-sided bags smaller than 14" x 14" x 6" are allowed in to Little Caesars Arena, as well as diaper bags and medical bags. These bags do not need to be clear. All other bags including hard-sided bags and bags larger than the dimensions mentioned are prohibited from being brought into the arena.

Those with a Red Wings luxury suite ticket can enter Little Caesars Arena through a VIP entrance. One VIP entrance is near the Chevrolet/Northeast Entry and the other is directly from the LCA Garage. However, any gate is fine to use. LCA gates will open 1.5 hours prior to Red Wings games.

Children under 3 years old do not need a ticket to see the Detroit Red Wings at Little Caesars Arena. That's provided they sit on the lap of a parent or guardian. There is no age requirement on the LCA Suite Level or in a Red Wings loge box.

Even though it was expected, the biggest offseason acquisition for Detroit was signing former superstar Steve Yzerman as general manager, after he built a strong contender in Tampa Bay in the same position.

Fans will be looking forward to seeing “Stevie Y” put his stamp on this roster, and how will young stars Dylan Larkin, Anthony Mantha, Andreas Athanasiou, and Tyler Bertuzzi fit in? Goaltender Jimmy Howard is back on a one-year deal.

See the Red Wings in downtown Detroit as Little Caesars Arena, which was named the Sports Facility of the Year in 2018 during the Sports Business Awards.

There are nearly an unlimited number of possibilities for a premium experience due to all the arena’s clubs and suites. All-inclusive club seating can be found mid-arena in the... MORE

Even though it was expected, the biggest offseason acquisition for Detroit was signing former superstar Steve Yzerman as general manager, after he built a strong contender in Tampa Bay in the same position.

Fans will be looking forward to seeing “Stevie Y” put his stamp on this roster, and how will young stars Dylan Larkin, Anthony Mantha, Andreas Athanasiou, and Tyler Bertuzzi fit in? Goaltender Jimmy Howard is back on a one-year deal.

See the Red Wings in downtown Detroit as Little Caesars Arena, which was named the Sports Facility of the Year in 2018 during the Sports Business Awards.

There are nearly an unlimited number of possibilities for a premium experience due to all the arena’s clubs and suites. All-inclusive club seating can be found mid-arena in the Legends Club, Rehmann Club, and Motor City Casino Club. These all include food, beer, wine, private restrooms, and access to the connected parking garage.

Suites ranging in size from 18 to 30 people are only two levels up from the ice, which puts you right on top of the action. These come with upscale food and beverage options in-suite, along with access to the Blue Cross Lounge two hours before game time. You’ll also get VIP parking passes and your own private entrance to the arena.

The Comerica Players Club at ice level not only gives you all-inclusive food and drink, but also the chance to see the players as they walk directly through the club from the locker room to the bench.

The Detroit Red Wings look to take the ice in the brand new Little Caesars Arena at the start of the 2017-18 season. It officially marks the end of the Joe Louis Arena. The new arena cost $635 million and will offer 60 suites. A private suite at the Little Caesars Arena will be hot commodity for the first few years of the new arena. Kicking off the opening of the new Red Wings arena will be Kid Rock. Kid Rock is scheduled to perform 6 shows beginning on September 12th. Following Kid Rock will be Ed Sheeran, Lady Gaga, Jay-Z and so many more amazing acts. The Little Caesars Arena will also be home to the Detroit Pistons. The new arena is the key piece to newly developed District Detroit, a 50-block span of entertainment featuring restaurants, bars, parks and businesses.

Private suites at the Little Caesars Arena are available to rent. With a Red Wings suite, you will receive 18 tickets and 3 VIP parking passes. If you have a larger group, up to 12 additional tickets can be purchased for the suite. With your luxury box, guests will have exclusive access to VIP lounges on the Red Wings suite level and private entry into the Little Caesars Arena. Suites are going to feature wet bars, couches, 5 HDTVs, WiFi, an island inside the suite, two rows of fixed seating and plenty of additional seating inside the suite. If you are looking for something smaller than a suite, Little Caesars Arena also has Loge Boxes which can accommodate groups of 6. With a Loge Box for a Red Wings game, you will still have a private space for your group and can still get your box fully catered. Guests will receive VIP parking and have access to exclusive VIP clubs. 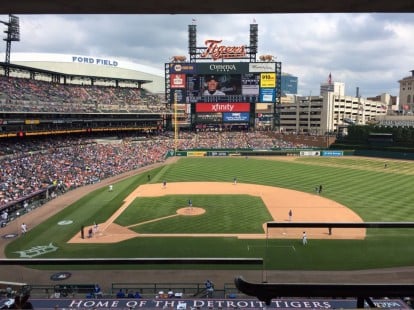 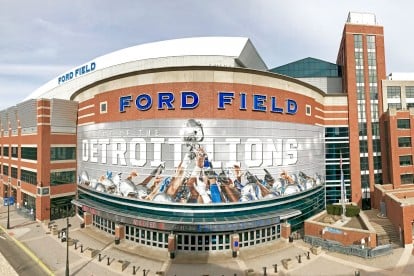 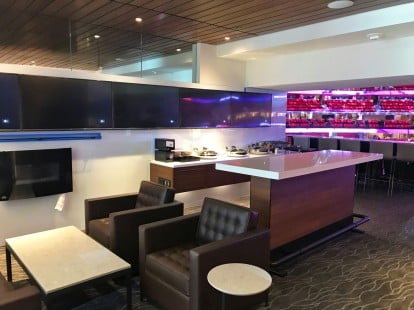 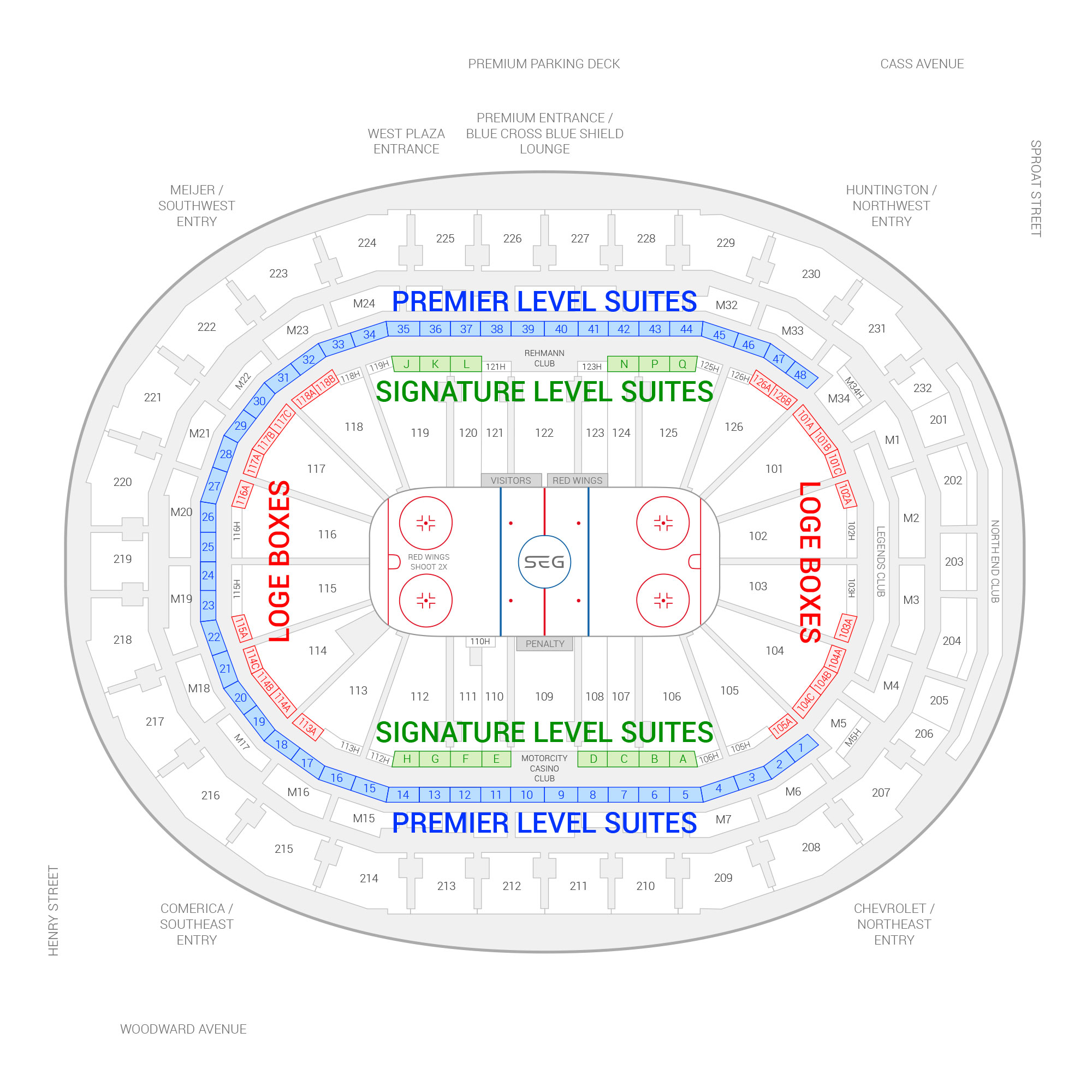 Thank you for signing up for specials at Little Caesars Arena.

Enter your email address below to stay in touch. We'll sign you up for our newsletter, which will inform you of the latest inventory and events at Little Caesars Arena. We promise we will never sell or distribute your information.