Sell Your SEC Championship Suite With Us

There are no upcoming events at Mercedes-Benz Stadium.

Inquire About a Future Event

How much do SEC Football Championship suites cost?

2021 SEC Championship luxury suites can cost between $30,000-$75,000 on average. Suite pricing for the SEC Championship can vary on the the matchup, the suite size and location within Mercedes-Benz Stadium. SEC Championship suites closest to the field and 50-yard-line will be the most expensive.
Learn More About Suite Pricing

How many guests can fit in a SEC Championship suite?

There are 6 different suite levels at Mercedes-Benz Stadium and depending on the suite level, luxury boxes hold 16-28 people. The NCR Level suites(100 Level ) will tend to be the smallest with the Gallagher Level Suites(200 Level) being the biggest. Loge Boxes are much smaller holding just 4 guests.

The NCR Suites can accommodate groups of 18-28 guests. The NCR suite level wraps around Mercedes-Benz Stadium right above the 100 level seating sections. VIP parking passes and private entry into the stadium will enhance your experience. The 100 Level Suites do have a private restroom. Premium in-suite catering options are available to purchase in advance.

To book a NCR Level Suite

The Gallagher Level Suites at Mercedes-Benz Stadium include 16 - 30 tickets and VIP parking passes for your group. The Gallagher Suites are directly above the 200 level seating sections. On the Gallagher Level, luxury suites feature HDTVs, Wi-Fi, a wet bar and premium in-suite catering options at an additional cost. Restrooms are located on the suite level.

To book a Gallagher Level Suite

There are 16 Field Level Suites at the Mercedes-Benz Stadium, with 8 of these suites located behind each end-zone. These are by far the closest suites to the field and offer a unique and exciting perspective of the action. Field Level Suites feature three rows of six plush leather seats just outside of the suite. Seating is raised about 6 ft. above field level to provide a great vantage point.

To book a Gullwing Club Suite

Loge Boxes offer some of the best views in Mercedes Benz Stadium. Located in the back section of the lower bowl and just below the 100-Level suites at Mercedes Benz Stadium, Loge Boxes will seat 4 guests in a semi-private environment. Loge Boxes come with all-inclusive food and beverage served in the neighboring AMG and SunTrust Clubs. Loge Boxes feature built-in HDTV's, iPad's, charging stations, and counter and storage space.

To book a Loge Box

Super Suites at Mercedes-Benz Stadium will be the largest options for a luxury suite. Super Suites will hold 52-80 guests. VIP parking passes and private entry into MBS will be included. Food and beverages are an additional cost but can be arranged in advance through Levy Restaurants. The Super Suites are located above the 200 Level seating sections.

To book a Super Suite

To book a Centennial Suite

Luxury Suites for the SEC Championship game can be fully catered in advance of the game. In-suite catering is an additional cost for most SEC Championship luxury boxes. Guests can pre-order at their discretion from the Mercedes-Benz Stadium suite menu. On average, most spend about $100 per person.
View More Details
×
Catering Details

Following a suite purchase, you will be provided with the suite menu and necessary order forms to complete your order. A pre-order deadline is typically one week prior to the date of your event. You won't be charged for what you ordered until day of the event. If needed, you can also order food and drinks from the suite through your suite attendant. There is no minimum and it is optional.

SEC Championship suites will typically include VIP parking passes. On each pass, the lot or garage will be displayed. SEC Championship game parking in the Silver Garage provides a private entrance directly into the stadium to the NCR Level Suites(100 Level), Centennial and Gullwing Club Suites.

Here is a breakdown of who can access each club and what the amenities are in those clubs:

SunTrust Club – located on field level, along one sideline, this club is exclusive to members. Ticket-holder will have great views of the home and visiting team players tunnel through floor-to-ceiling windows located in the private dining space. The SunTrust Club comes inclusive of food and beverages.

There's no dress code for attending the SEC Championship game at Mercedes-Benz Stadium. If it’s a corporate event, many guests will likely be dressed in business casual attire. However, it’s most common for suite guests to wear team-branded apparel. Comfortable shoes are always recommended.

Please refer to the Mercedes-Benz Stadium Clear Bag Policy. It is strictly enforced for all events. Prohibited items include, but are not limited to: purses larger than a clutch bag, coolers, briefcases, backpacks, luggage, computer bags and camera bags or any bag larger than the permissible size.

In the 2021-22 College Football season, the top teams in the SEC Conference are Alabama, LSU, Georgia, Texas A&M and Florida.

In the 2021-22 College Football season, the top teams in the SEC Conference are Alabama, LSU, Georgia, Texas A&M and Florida.

Around 75,000 fans will pack Mercedes-Benz Stadium to watch the 2020 SEC Championship. In 2019, the LSU Tigers defeated the Georgia Bulldogs, a game in which Joe Burrow was named MVP. Other recent past winners include the Alabama Crimson Tide, Georgia, and the Auburn Tigers. Since 2009, the SEC East Division winner has only one the SEC Championship one time. That was in 2017, when the Georgia Bulldogs beat the Auburn Tigers.

Mercedes-Benz Stadium is home to the Atlanta Falcons, but come December 19th, 2020, it will be jammed packed with fans for the SEC Championship. The tickets in most demand will be for the luxury suites. 2020 SEC Championship suites will be available. Gullwing and Centennial Suites are situated on each sideline in the middle of the field. Both Gullwing and Centennial suites are the only all-inclusive food and beverage suites for the SEC Championship game. NCR Level Suites (100 Level Suites) are located right above the lower bowl seating. Just above the Club Level are the Gallagher Level Suites (200 Level Suites). The biggest difference between the 100 and 200 Level suites, besides their locations, will be that the 100 Level suites include a private restroom. Finally, Field Suites offer a one-of-a-kind experience at Mercedes-Benz Stadium. Located directly behind each end zone, Field Suites put fans closer to the field than any other suite option. Some of the top amenities included with an SEC Championship game suite are VIP parking passes, private entry into Mercedes-Benz Stadium, premium balcony seating, kitchenettes, in-suite catering options and HDTVs.

MORE
LESS
The 2019 SEC Championship game will be played between the Southeastern Conference's (SEC) top two teams on Saturday, December 7, 2019 at Mercedes Benz Stadium in Atlanta, Georgia. The SEC Conference is divided into two divisions; SEC East and SEC West. Each division is comprised of 7 teams. The winner of each division will play in the SEC Championship Game.
MORE
LESS 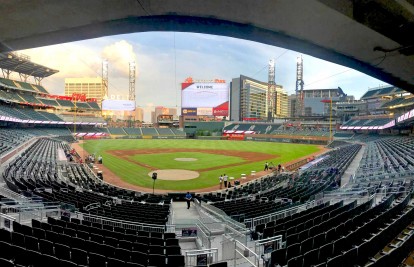 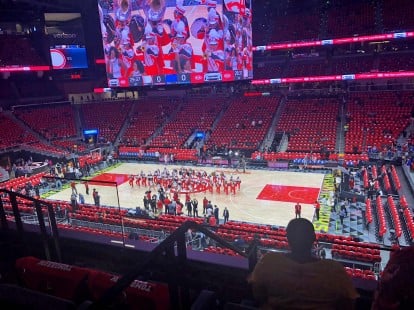 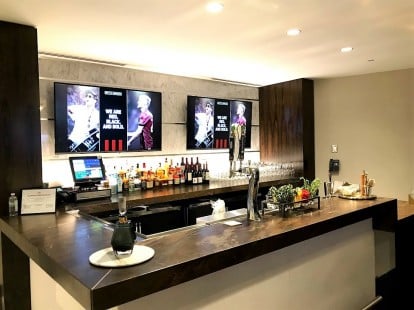 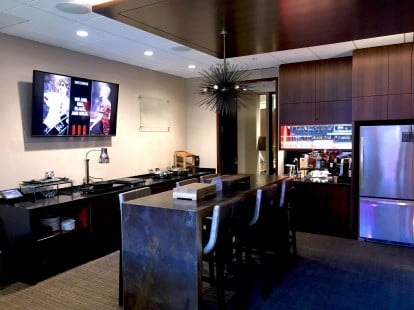 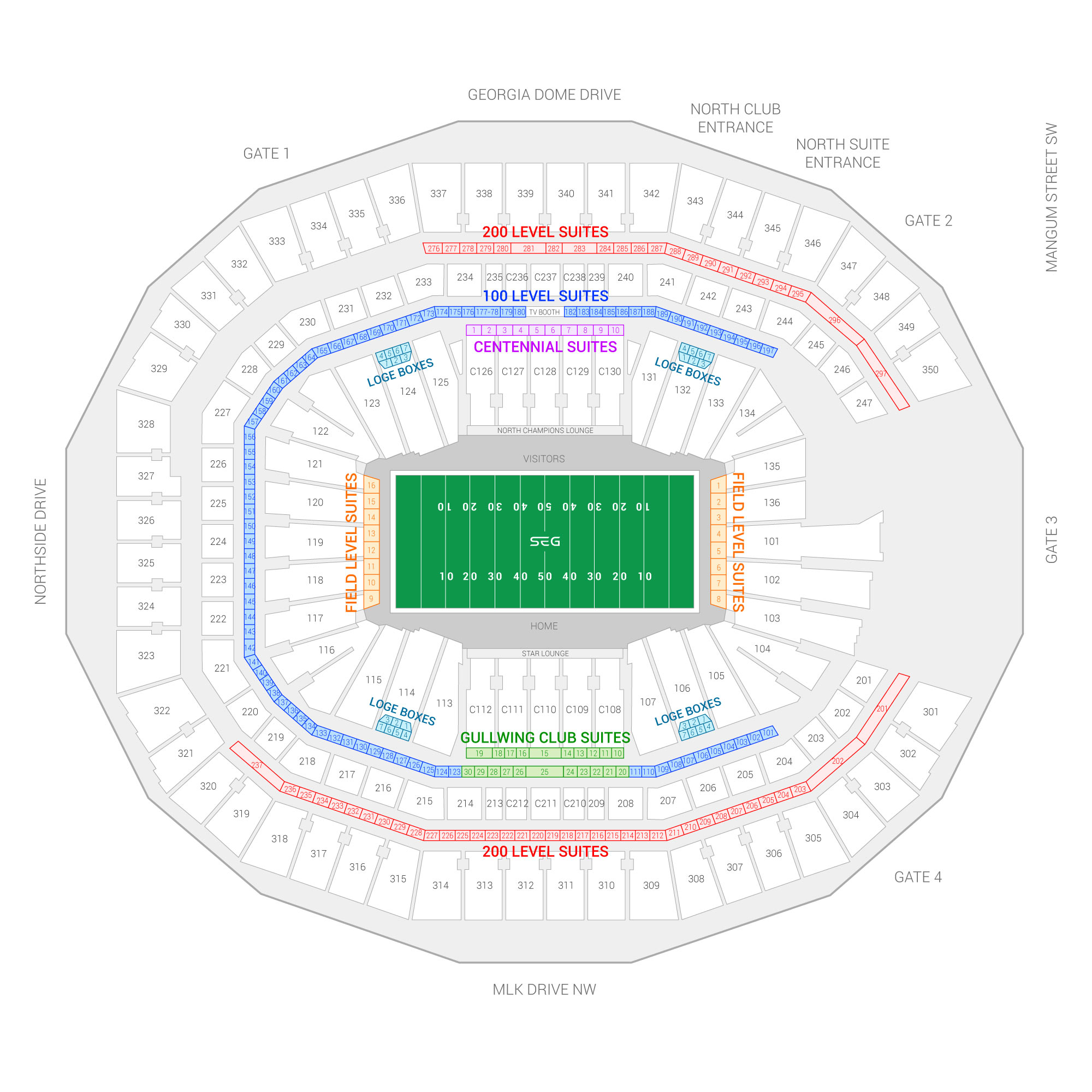 Thank you for signing up for specials at Mercedes-Benz Stadium.

Enter your email address below to stay in touch. We'll sign you up for our newsletter, which will inform you of the latest inventory and events at Mercedes-Benz Stadium. We promise we will never sell or distribute your information.