Sell Your Earthquakes Suite With Us
UPDATING...

How much do San Jose Earthquakes suites cost?

All suites at Avaya Stadium are located at Field Level, combining the best views of the pitch with all the comforts of a luxury box. These private suites include VIP parking passes, optional in-suite catering, HDTV's, and plush seating. The suites come with 17 seats, with the option to purchase 6 additional standing room passes.

To book an Avaya Suite

Avaya Stadium patio suites are located at field level behind the goal on the southwest side of the stadium. These open-air patio suites can be fully catered and include comfortable seating and great views of the field.

To book a Patio Suite

The Terrace Tables are location right between the field and the iconic bar at Avaya Stadium. Up to 6 guests will have their own private table and in-seat service right next to the pitch. Catering options are available.

To book a Scoreboard Terrace Table

Game Day Suites at Avaya Stadium are located just feet away from the field at the corner of the BMW Club Level. Game Day Suites can hold as many as 40 guests if needed. A catering package is included with a suite for an Earthquakes game.

To book a Game Day Suite

All suites at PayPal Park (Formerly Avaya Stadium) will come with the option to pre-order food and beverages directly to your suite prior to the start of the game. The advanced catering menu will feature the finest and freshest ingredients highlighting the local area.
View More Details
×
Catering Details

There is no catering minimum and guests will also be able to order in their suite during the game from a more limited event-day menu.  Suite Experience Group recommends ordering one of the food packages from the advance catering menu and supplementing with 2 or 3 other appetizers.  We suggest pre-ordering a couple of 6-packs of domestic and craft beer, as well as some 6-packs of water so that there are beverages in your suite for when guests arrive.  Once you are in the suite take note of what is popular amongst your guests and replenish the beverages based on consumption.

All Earthquakes suites at PayPal Park Will include 4 VIP Parking passes. For guests driving separately to the suite they will be able to park in Parking Structure 2 or the Tailgate Lot. It is $25 to secure a spot in either lot. Guests can also take Caltrain or Bart to the stadium as well.

Suites at PayPal Park (Formerly Avaya Stadium) will vary in cost. The average suite cost for a San Jose Earthquakes home game will be between $4,000 and $8,500. Suite price will vary depending on the day of the game, the opponent, and the number of tickets included with the suite.

Sky Lounge – This exclusive area is located near the top of the stadium and offers panoramic views of the entire field sure to impress you and your guests.

While there is no dress code in the luxury suites at PayPal Park, Suite Experience Group recommends that guests dress in business casual attire. For the die-hard Earthquake fans however, it is not unusual to see those guests donning the jersey of their favorite Earthquakes player.

PayPal Park has a number of premium areas located throughout the stadium to cater to your unique gameday needs. Whether you are looking to host a small group meeting or are looking to rent out a larger event space to host a company celebration Avaya Stadium can help you host an event of any size.

All bags must be clear and no larger than 14” X 14” X “6” to be allowed into PayPal Park. All bags and guests entering the stadium for a San Jose Earthquakes game will be screened prior to entry.

Children 3 years and younger do not need a ticket to enter PayPal Park (Formerly Avaya Stadium). Any child will need a ticket for entry even if attending an Earthquakes game in a private luxury box.

The San Jose Earthquakes will look to carry their success from last year over to 2018. Last season San Jose qualified for the playoffs for the first time since 2012. They also earned a spot in the U.S. Open Cup semis, a feat the club has not accomplished since 2004. Led by captain Chris Wondolowski, the Earthquakes are in store for a big year in 2018.

Chris Wondolowski, who is San Jose’s all time leading scorer, is heading into his 10th straight year with the Earthquakes. He has won four consecutive team MVP awards and seven overall, making him the most decorated player in the club’s history. To no one’s surprise, he led the Earthquakes in both goals and assists last season. Wondolowski is just 11 goals behind Landon Donovan for the most goals scored in MLS history, a record Wondolowski has a good chance to break in 2018.... MORE

The San Jose Earthquakes will look to carry their success from last year over to 2018. Last season San Jose qualified for the playoffs for the first time since 2012. They also earned a spot in the U.S. Open Cup semis, a feat the club has not accomplished since 2004. Led by captain Chris Wondolowski, the Earthquakes are in store for a big year in 2018.

Chris Wondolowski, who is San Jose’s all time leading scorer, is heading into his 10th straight year with the Earthquakes. He has won four consecutive team MVP awards and seven overall, making him the most decorated player in the club’s history. To no one’s surprise, he led the Earthquakes in both goals and assists last season. Wondolowski is just 11 goals behind Landon Donovan for the most goals scored in MLS history, a record Wondolowski has a good chance to break in 2018. Without a doubt Chris Wondolowski will go down as one of the greatest American goal scorers of all time.

With former goalkeeper David Bingham traded in December, Andrew Tarbell will be the full time starting goalie for the Earthquakes in 2018. Last season Bingham was benched in favor of Tarbell during the middle of the season, showing the club’s desire to move forwards with Andrew Tarbell as their goaltender of the future. Danny Hoesen joins Wondolowski as the club’s top forwards, while the primary midfielders are Tommy Thompson, Anibal Godoy, and Jahmir Hyka. Victor Bernardez, Nick Lima, and Florian Jungwirth will lead the club’s defense in 2018, trying to make Tarbell’s job easier. 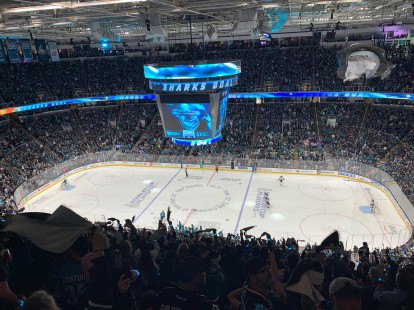 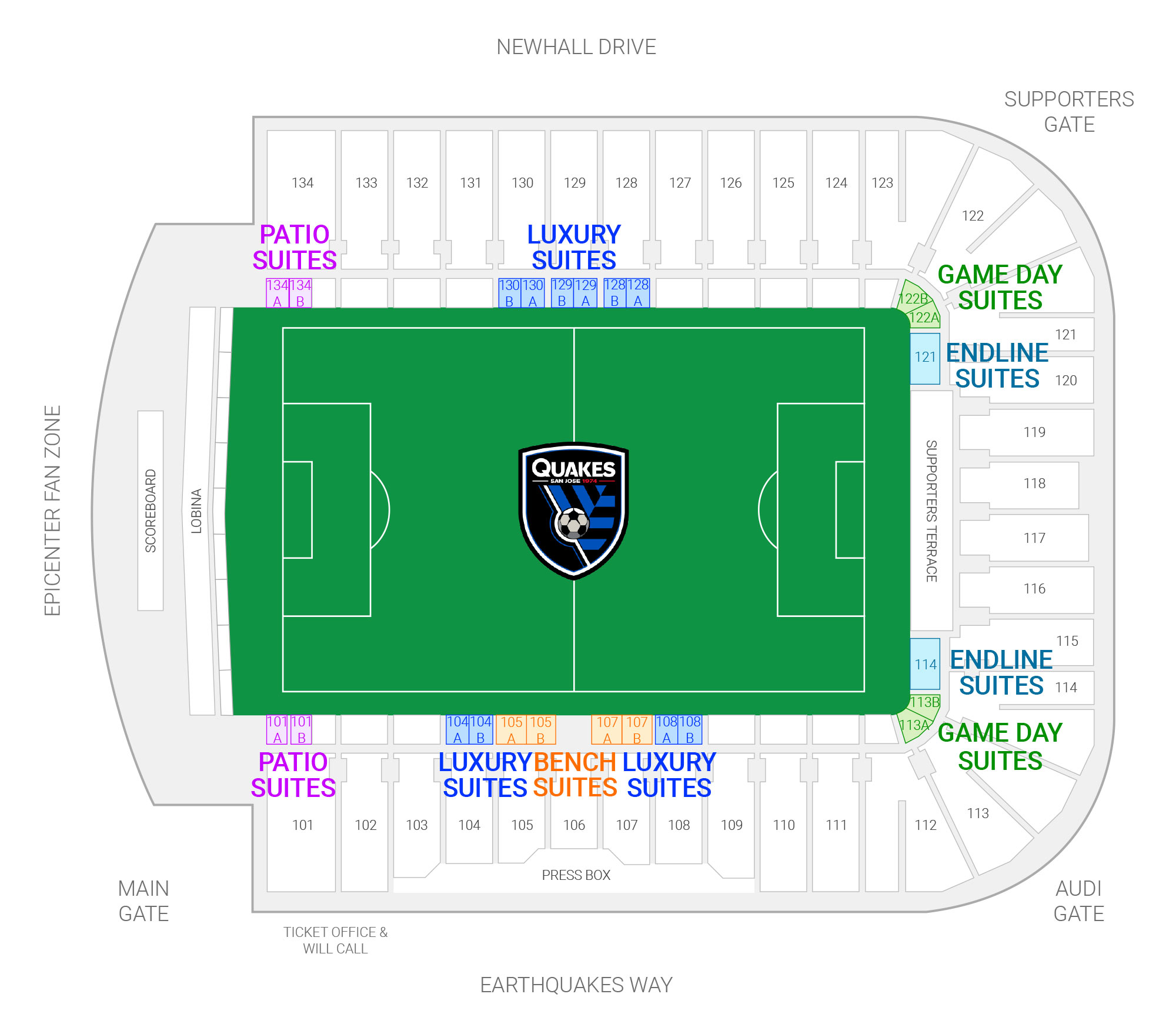 Thank you for signing up for specials at PayPal Park (Formerly Avaya Stadium).

Enter your email address below to stay in touch. We'll sign you up for our newsletter, which will inform you of the latest inventory and events at PayPal Park (Formerly Avaya Stadium). We promise we will never sell or distribute your information.