How much do Las Vegas Raiders suites cost?

How many guests can fit in a Raiders suite?

Traditional Suites at Allegiant Stadium are located above the lower seating concourse spanning each sideline. These suites have a capacity of 16-26 guests. Traditional Suites feature private restrooms, theater-style seating on a private open-air seating balcony, and a connected lounge area with additional seats as well as a private bar/kitchenette space.

To book a Traditional Suite

To book an Owners' Club Suite

Loge Boxes at Allegiant Stadium are the perfect space to host your small group of 4. Each Loge Box features 4 captain-style seats with individual HDTVs, a drink cooler, and USB charging port. Loge Boxes come inclusive of food (served in nearby club area that is shared with other club ticket holders). Beverages (including alcohol) are available to purchase from the full-service bars located in the shared lounge area. Loge Box ticket holders also have access to VIP entrances and all club spaces on the 200-Level.

To book a Premium Loge

Owners' Seats are ultra-premium tickets located in the top rows of the lower bowl at mid-field. Owners' Seats come with exclusive access to VIP entrances (MGM VIP Entrance – West Side | Caesar Rewards VIP Entry – East Side) and 150-level club spaces. Upon entry, Owners' Seats ticket holders are given a 150-level wristband which provides access to all-inclusive food and beverage areas in the Field Level and 150-Level Clubs.

To book an Owners' Seats

Located in the South End Zone, these suites at Allegiant Stadium will be putting fans closer to the action than any other suite. End Zone suites come with 18 tickets and 4 VIP parking passes. Ticket holders can access the 100-Level sideline club and the 200-level suites club.

To book an End Zone Suite

For Traditional Suites, if a catering package is not included with your specific suite, food and beverage is available to purchase separately. We recommend budgeting an additional $100-$150 per person of your group if you wish to have your Raiders suite catered.

Nightly suite rentals for Las Vegas Raiders (NFL) games are some of the most expensive suites in the NFL. Suite prices range from $15,000-$75,000 depending on suite type and opponent. Raiders Loge Boxes and Owners' Seats ticket prices cost between $1,000-$4,000 per ticket, per event.

Children two (2) years of age an under do not require a suite ticket for Las Vegas Raiders games.

The Raiders’ first year with fans in Las Vegas was certainly a memorable one, capped off by an incredible game to end the season when Las Vegas beat the rival Los Angeles Chargers in the final seconds of overtime to clinch a playoff berth with a game-winning field goal. Josh McDaniels comes over from New England as head coach, and it will be fun to see what that means for Derek Carr and the offense that was great at times last year but inconsistent. More excitement for the offense revolves around the acquisition of wide receiver Davante Adams from Green Bay, becoming the top target for Carr and should open up more looks for Hunter Renfrow and tight end Daren Waller.

There’s no better place to go all-out (and all-in!) than Las Vegas, so cap off the experience with a premium suite at Allegiant Stadium. Suites hold 18 to 26 people and give you access to an exclusive catering... MORE

The Raiders’ first year with fans in Las Vegas was certainly a memorable one, capped off by an incredible game to end the season when Las Vegas beat the rival Los Angeles Chargers in the final seconds of overtime to clinch a playoff berth with a game-winning field goal. Josh McDaniels comes over from New England as head coach, and it will be fun to see what that means for Derek Carr and the offense that was great at times last year but inconsistent. More excitement for the offense revolves around the acquisition of wide receiver Davante Adams from Green Bay, becoming the top target for Carr and should open up more looks for Hunter Renfrow and tight end Daren Waller.

There’s no better place to go all-out (and all-in!) than Las Vegas, so cap off the experience with a premium suite at Allegiant Stadium. Suites hold 18 to 26 people and give you access to an exclusive catering menu and premium beverage options. You also get early access into the stadium, a VIP entrance, private restroom, and access to all of the clubs on the 200 level.

The Raiders were one of three teams to open new stadiums in 2020 to no fans thanks to the COVID-19 pandemic. Las Vegas played well for the majority of the season before slumping late to settle for an 8-8 finish. Derek Carr has shown flashes of brilliance over the course of his career, and expect an offense featuring Henry Ruggs III, Hunter Renfrow, tight end Darren Waller, and running back Josh Jacobs to put up their share of points to delight the Vegas crowd. Allegiant Stadium is the new star on the Las Vegas Strip, and check it out as a VIP this year with a premium seating option. Suites are available that hold 18-26 guests for an exclusive feel inside the comfort of the stadium. You’ll have access to an exclusive catering menu along with amenities like VIP entrances, early access to enter the stadium, and a private restroom for your party. Premium loge seats are available in groups of four and feature oversized recliner-style seats. In true Vegas fashion, the Wynn Field Club is at field level and spans the whole north end zone and promises to bring a high-energy nightlife experience right into the stadium.

The NFL touches down in Las Vegas. The Las Vegas Raiders move into their new home, Allegiant Stadium. The new state-of-the-art stadium will hold 65,000 Raiders fans every Sunday. Allegiant Stadium is just off the Vegas Strip and will feature plenty of premium hospitality options to choose from. Raiders suites are going to accommodate 22 – 26 guests on average. Suite balcony seating, private restrooms, wet bars, and HDTVs are just some of the first-class amenities suite ticket holders will experience. While the suite is the main attraction, guests will have exclusive access to the Traditional Club featuring upscale cash bars and entertainment space to use before and during the game.

With the Raiders moving to Vegas, there is no better time to put an end to three losing seasons. There is as much buzz on the field as there is about Allegiant Stadium in 2020. Head coach John Gruden is ready to make a big stride in his third season with the Raiders. Gruden selected WR Henry Ruggs in the first round of the draft to give Derek Carr one of the fastest weapons in the NFL. With two promising stars in Josh Jacobs and Darren Waller, the Raiders offense is ready to put up points against their AFC West foes.

In the 2020 offseason, the Raiders went all out on defense during free agency. The Raiders retooled their defense with additions like LB Cory Littleton and CB Damarious Randall. They will be teaming up with Jonathan Abram, Clelin Ferrell and Maxx Crosby. 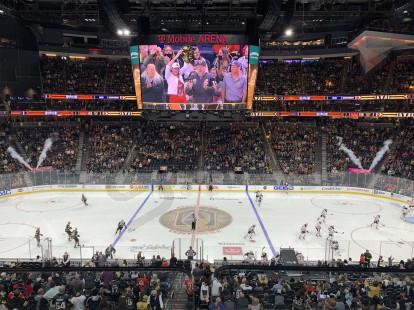 Thank you for signing up for specials at Allegiant Stadium.

Enter your email address below to stay in touch. We'll sign you up for our newsletter, which will inform you of the latest inventory and events at Allegiant Stadium. We promise we will never sell or distribute your information.