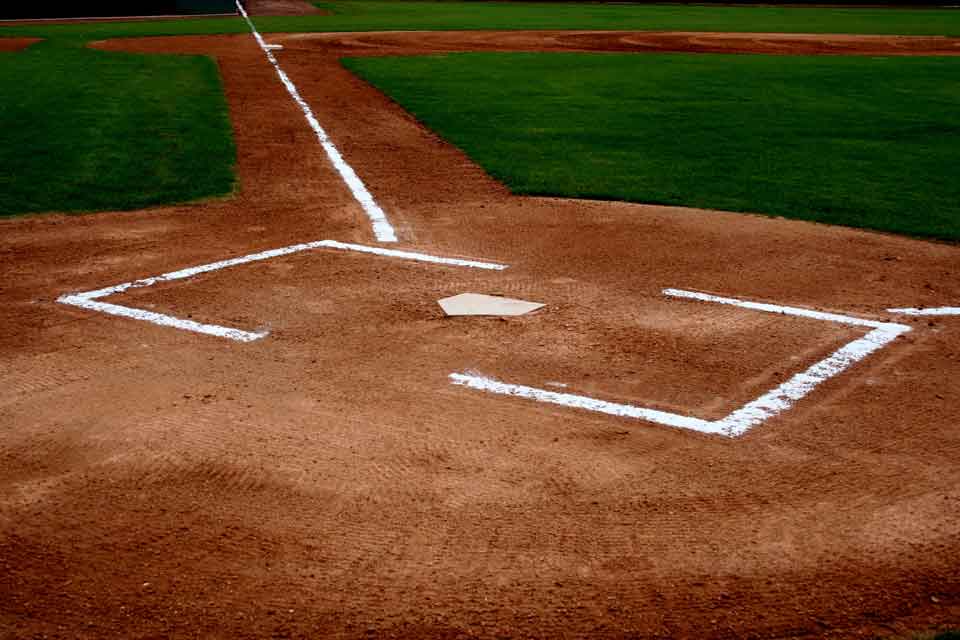 Sell Your Rays Suite With Us
UPDATING...

How much do Tampa Bay Rays suites cost?

Suite prices for Rays games will vary based on the opponent, day of the week and the size of the suite you need. They will range from $2,500 - $5,000 for most Rays games. The most expensive games are typically the opening series of the season and when the Rays play the Red Sox and Yankees.
Learn More About Suite Pricing

How many guests can fit in a Rays suite?

The private suites at Tropicana Field for Tampa Bay Rays games can accommodate anywhere from 16 - 28 guests, with some suite configurations that have additional tickets for purchase. The suite levels available are Executive, Legends, Baseline, Infield, and Outfield.

Infield & Baseline suites for Rays games include 16 tickets and 3 VIP parking passes. Suite will feature interior and exterior seating, premium in-suite catering options and a dedicated suite attendant. With your Rays suite you will receive private entry into Tropicana Field.

To book an Infield & Baseline Suites

A Rays' Executive suite can accommodate a large group. They will include 28 tickets but you also have an option to purchase up to 8 additional tickets. Amenities include HDTV, Wi-Fi, premium in-suite catering options and a dedicated suite attendant. Guests will also receive private entry to Tropicana Field.

The names change both on the field and in the front office for the Rays, but the winning does not. Tampa Bay won 96 games in 2019 and took the Astros to a deciding Game 5 of the Division Series before bowing out of the playoffs.

In typical Rays fashion, there was plenty of offseason turnover: gone are bats Tommy Pham, Avisail Garcia, and Travis d’Arnaud. Replacing them are Jose Martinez (via trade from St. Louis), Japanese hitter Yoshi Tsutsugo, and Hunter Renfroe (via San Diego). They join young pieces Austin Meadows, Brandon Lowe, and Willy Adames, who all had breakout 2019 campaigns.

The rotation is actually very stable, with Charlie Morton, Blake Snell, and Tyler Glasnow sitting as the main pieces. Ryan Yarbrough and Yonny Chirinos are available to start or serve as “openers,” a strategy the Rays invented in 2018.

The club made several... MORE

The names change both on the field and in the front office for the Rays, but the winning does not. Tampa Bay won 96 games in 2019 and took the Astros to a deciding Game 5 of the Division Series before bowing out of the playoffs.

In typical Rays fashion, there was plenty of offseason turnover: gone are bats Tommy Pham, Avisail Garcia, and Travis d’Arnaud. Replacing them are Jose Martinez (via trade from St. Louis), Japanese hitter Yoshi Tsutsugo, and Hunter Renfroe (via San Diego). They join young pieces Austin Meadows, Brandon Lowe, and Willy Adames, who all had breakout 2019 campaigns.

The rotation is actually very stable, with Charlie Morton, Blake Snell, and Tyler Glasnow sitting as the main pieces. Ryan Yarbrough and Yonny Chirinos are available to start or serve as “openers,” a strategy the Rays invented in 2018.

The club made several upgrades to Tropicana Field last year, including the Left Field Ledge, an area that included ledge tables, seated drink rails, and a full-service bar. The Chalk Box is new for 2020 – it features comfy, oversized seats with armrests, cupholders, and table, in-seat food and beverage service, all with great views along the first base line. The DEX Imaging Home Plate Club gives you seats right behind home plate and comes with an all-inclusive buffet in the Rays Club.

Traditional suites run up and down the first and third base lines that come with all-inclusive catering, VIP parking passes, and private restrooms.

The Tampa Bay Rays are looking to surprise a lot of people in 2019. The AL East could be the hardest division in baseball, but the Rays are fresh off a 90-win season and feature some of baseball’s brightest stars.

The 2019 Cy Young winner, Blake Snell, will look to repeat his outstanding performance. Snell is the ace of the staff with a supporting cast featuring Charlie Morton and Tyler Glasnow. Glasnow is a pitcher full of potential and came over to the Rays in the trade that sent Chris Archer to the Pirates.

The Rays lineup this season will be a complete makeover from opening day in 2018. The 2019 Rays will have Tommy Pham, Avisail Garcia, Austin Meadows, Willy Adames and Mike Zunino. Kevin Kiermaier is back in the leadoff spot with Matt Duffy at third base. Pham and Meadows came over in midseason trades last year while Garcia and Zunino were free agent signings.

Tropicana Field will offer a variety of suite options for a Tampa Bay Rays game. Some of the popular luxury box options include Infield & Baseline Suites, the Press Box Suite, the Legends of Tampa Bay Suite and the Rays Club Suite. While not all of these options include all-inclusive food and beverage, premium in-suite catering can be ordered in advance to your game. Suites for a Rays game will include 12 – 28 tickets depending on the suite option you choose. VIP parking and private entry into Tropicana Field will add to your suite experience.

The Tampa Bay Rays are coming off an 80-82 campaign in 2017. The Rays played like contenders in the first half of the season, but they fell off late and missed the postseason. Manager Kevin Cash enters his 4th season as manager of the Tampa Bay Rays.

The lineup will be without last year’s best hitters, Evan Longoria and Logan Morrison. Longoria, who was the face of the franchise for 10 years, was traded to the San Francisco Giants in December. However, Corey Dickerson looks to lead a revamped lineup in 2018. The outfield is solid, with Kevin Kiermaier, Steven Souza Jr., and Denard Span penciled in as the starters. Kiermaier, who has won a Gold Glove during two of the past three seasons, is arguably the best defensive center fielder in baseball, while Souza Jr. has 30+ home run power. Denard Span comes over from the Giants via the Evan Longoria trade. Catcher Wilson Ramos enters his first full season healthy with the Rays, and infielder Brad Miller will look to regain his 2016 form.

The pitching staff is led by ace Chris Archer. Archer is consistently towards the top of the league in strikeouts, despite a higher ERA the past two seasons. Nathan Eovaldi expects to make his Rays debut in 2018 after missing all of last year recovering from Tommy John surgery. Jake Odorizzi and Blake Snell also add depth to the Rays rotation. Closer Alex Colome will look to replicate last year’s success, when he led the MLB with 47 saves.

Tropicana Field has many different suite options to choose from. The most popular tend to be the infield and baseline suites that can accommodate groups of up to 16 people. With your suite, you will also receive VIP parking, private entry into Tropicana Field and exclusive access to VIP lounges. Tampa Bay Rays suites will feature HDTVs, Wi-Fi, premium in-suite catering options, upscale furnishing, and a dedicated suite attendant. A Rays suite provides the perfect setting for both business and time with friends and family. 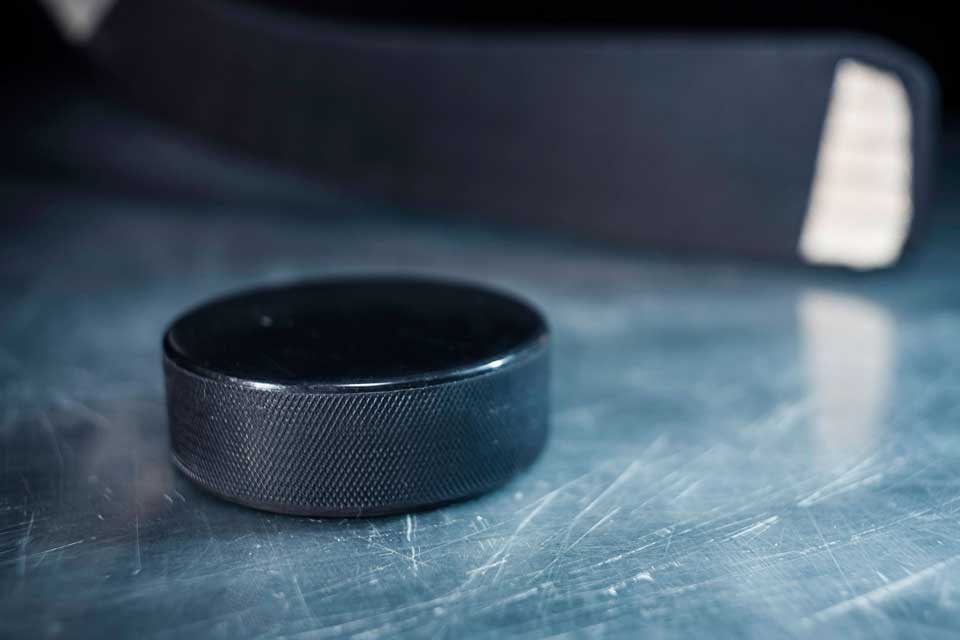 Thank you for signing up for specials at Tropicana Field.

Enter your email address below to stay in touch. We'll sign you up for our newsletter, which will inform you of the latest inventory and events at Tropicana Field. We promise we will never sell or distribute your information.