NBA Draft Recap: Who Made a Splash at the NBA Draft 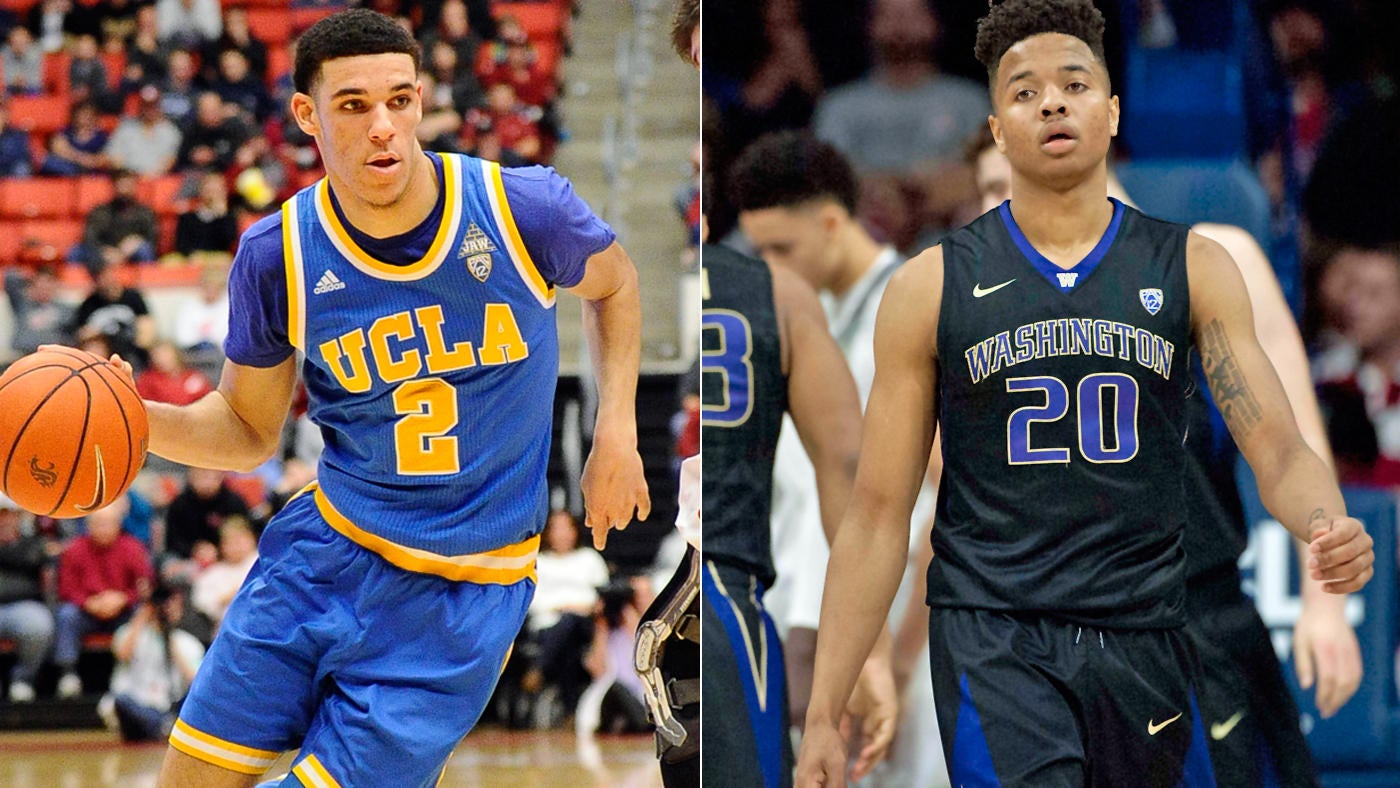 The exciting 2017 NBA draft was completed on Thursday, June 22. With one of the most talented draft classes in recent memory, 30 teams and their respective fanbases looked for new reasons to be optimistic about the 2017-18 season and beyond. Let’s look at seven teams who particularly stuck out with the moves they made.

After years of patiently waiting, Sixers fans are ecstatic to see the results of The Process. Markelle Fultz may not have played for a national powerhouse when he was at the University of Washington, but don’t let that deter you. He is the best guard in the draft, and will be a great fit in Philly’s offense, sharing the facilitator role with point-forward Ben Simmons.

While the last few years have been unmemorable for the Sixers, they now have a young core in place to let them compete for the years to come. In addition to Fultz’s all around dynamic game as a guard, Philly fans get to see him play alongside Simmons, Joel Embiid, and Dario Saric. Both Embiid and Saric were stand out rookies this past season, with Embiid showing glimpses that he could be the most dominant center since Shaquille O’Neal when healthy.

Philadelphia went all in, trading up to the number 1 pick, and Fultz’s potential can make this gamble look like a no brainer very soon. The Sixers are primed to take over the Eastern Conference very soon, as year one of the FEDS (Fultz, Embiid, Dario, Simmons) should be a good one.

Lonzo Ball, along with the world’s most famous cheerleader parent, will be staying in the city of angels following a stellar season with UCLA. The Lakers played their hand early, dealing D’Angelo Russell a few days before the draft to make way for Ball to take over the point guard position. With Magic Johnson calling the shots now, LA will give Ball every opportunity to lead the way for hopefully the next great team in this franchise’s storied history.

Ball isn’t a good passer; he’s a great one. No one in college basketball saw the court better than Ball, who will look to spread the passing gene onto his teammates. Ball’s up tempo, pass-first, approach makes him an ideal fit for head coach Luke Walton’s offense. Players like Ball make the guys around them better, which is great news for fellow teammates Brandon Ingram and Julius Randle. Ball will make it his prerogative to get those guys the ball on the spots on the court where they’re most effective.

The Lakers aren’t used to being mediocre for too long, and expect to return to the NBA’s top tier sooner rather than later. They have the cap space to sign a max level free agent or two. Will it be another hometown player, such as Paul George? What about a certain small forward from Cleveland? Too early to tell, but the 2017 NBA draft was the first step in the right direction for this iconic franchise.

The Timberwolves already have one of the most promising rosters in the league. Former rookie-of-the-year Karl Anthony-Towns is still getting better, and hopes to make his first all star team this coming year. Fellow ROY winner Andrew Wiggins has all the tools to become one of the best two-way wings in the league. With Ricky Rubio running the offense, this young Wolves team is poised to compete in the West very soon.

Minnesota expedited the process by pulling an absolute heist on draft night. For only Kris Dunn, Zach LaVine, and the seventh pick in the draft, the team acquired all star Jimmy Butler from the Chicago Bulls, along with the 13th pick. Reunited with head coach Tom Thibodeau, Butler looks to be the final piece in turning this team into a playoff contender. He’s an ultra-competitive, elite defender with an alpha dog scoring mentality. Alongside Towns and Wiggins, they form one of the most talented trios in the league.

The Western Conference is currently going through a shift in the balance of power. Yes, the Warriors are the best team in the league. However, the other major contenders (Rockets, Clippers, Spurs) are all dealing with roster questions they will need to address in the coming off seasons. This will create an opening for other teams in the conference to move up and challenge the Warriors for supremacy. The Butler trade shows that Minnesota thinks they’re ready to compete now.

Every draft class has a few players who outperform their expected output based on where they were drafted. Fans and GM’s alike scratch their heads trying to figure out how so many teams passed up on these talents. Notable examples are Kawhi Leonard, Marc Gasol, and Draymond Green. A prime candidate from this years draft to continue this trend is University of Kentucky sharpshooter Malik Monk.

The modern NBA places a premium on three point shooters, and Monk was one of the elite shooters from this draft class. Yes, he’s a little undersized, and doesn’t look like an above average perimeter defender yet, but Kentucky players by and large tend to work out and have successful NBA careers. It’s easy for players to be marginalized on a team with so many talented teammates, and there’s a good chance we didn’t get to see Monk’s full skill set in coach Calipari’s system. His shooting will be his biggest asset, but he’s already shown glimpses of developing a more all around game, such as when he scored 47 points to beat eventual national champions UNC.

Charlotte made it clear they want to win now by trading for Dwight Howard. While his best days are behind him, Howard can still be the difference maker any given night. All star point guard Kemba Walker will be even more effective with Monk spacing out the court with his shooting, creating more driving lanes for his teammates. Monk has the tools to prove himself as the steal of the draft.

Speaking of steals, you know a draft class is deep when there’s legitimate buzz that the ninth pick could end up being the best player in the class. Rick Carlisle claims that Dallas would have drafted North Carolina State point guard Dennis Smith Jr. with the first overall pick, and that could very well be true. Smith is oozing with potential, and might be the most explosive rookie in the league next season. Do not be surprised to see Smith be the Mavs’ starting point guard on opening day.

Smith has the confidence to enter the league with the poise of a seasoned veteran. He’ll make mistakes, but he’ll also be one of the leading scorers in this rookie class. Carlisle is one of the best coaches in the league, and will know how to maximize Smith’s talents and find out how to best utilize him with fellow young Mavericks Harrison Barnes and Nerlens Noel.

The Mavs are looking to contend in the final seasons of Dirk Nowitzki’s hall of fame career. Expect last season to be an anomaly, as the team hopes to get Dirk back to the playoffs this coming year.

The Suns already have their franchise guy in Devin Booker, along with several interesting pieces including Eric Bledsoe and Marquese Chriss. They hope to have gotten their next piece to the puzzle in University of Kansas standout Josh Jackson.

The league is filled with elite wing players, and teams won’t be able to contend unless they can counter these premiere players with defensive stoppers. Jackson will provide defense, and then some. He’s an over-aggressive defender with a great motor who will look forward to guarding the opposing team’s best player any given night. Jackson’s athleticism and high upside potential makes him a great complimentary player next to Booker and his lights out shooting. Additionally, his dunking ability makes him liable to bring the crowd into a frenzy whenever he gets the ball.

Something is brewing out in the desert. The Suns are a very young team looking to rejoin the company of the Western Conference elite. If Jackson can make an immediate impact and prove he was worth the fourth pick in the draft, expect this team to make that leap sooner rather than later.

After an exciting 16-1 run through the 2017 NBA Playoffs en route to the title, it appeared Warrior fans would finally get a break from the action as their team held no picks in the 2017 NBA Draft. However, it was a bit naive to expect that GM Bob Myers and the Warriors front office, which built their team around the expert drafting of Stephen Curry, Klay Thompson, and Draymond Green, would sit on their hands on draft night. The Warriors were able to buy into the second round, acquiring the draft rights to Oregon forward Jordan Bell for $3.5M from the Chicago Bulls.

This pick earns the Warriors another “A” draft grade because Bell was a projected mid- first round talent who fell to the second round mainly due to questions about his scoring ability. However, anyone who watched Bell in either the Pac-12 tournament or NCAA Tournament run to the Final Four last March knows that Bell is a tenacious defender and rebounder. He won the 2016-17 Pac-12 Defensive Player of the Year award, averaging 1.3 steals and 2.3 blocks per game.

Jordan Bell will get a chance to rejoin his Oregon teammate Chris Boucher, who has agreed to a two-way NBA contract with the Warriors. In addition, Bell will have a chance to be mentored by one of the best core’s in basketball. Draymond Green, another second round draft pick, is an idol for Bell and will look to help him continue to improve his defensive ability.

What are you waiting for? Catch these guys in action next season!

Though the draft is over, it is never too early to get excited about the next NBA season. The draft serves as a perfect opening to an exciting off season. Be sure to book a suite through Suite Experience Group to see your favorite young stars play live in the luxury of a private suite!